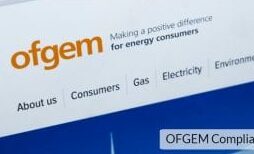 By andyNovember 30th, 2021Blog
No Comments

The role of Ofgem and why Ofgem compliance is important

Ofgem has the role of protecting the consumer’s interest by promoting fair competition and ensuring that the supply of gas and electricity is secure. It is also responsible for the administration and implementation of RO on all the licensed electricity suppliers to ensure that energy suppliers minimise environmental pollution from their activities.

Ofgem’s role under RO, ROS and NIRO is to issue Renewable Obligation Certificates (ROCs) designed to reward electricity suppliers for the supply of electricity from renewable sources. All new hydropower schemes and the existing hydropower stations under 20MW are eligible for Ofgem compliance if they were built or refurbished after the 1st of January 1990. All stations with a net capacity of 1.25 MW are also eligible regardless of their built or refurbishment date. Under RO/ROS/NIRO, all licensed electricity suppliers must produce evidence that:

The Renewable Obligation Certificate helps identify the value of the renewable attribute from energy production so that it can be traded separately from electricity. Suppliers can use ROCs from generators and other parties as evidence that they have complied with RO. To discharge their obligation, suppliers should submit ROCs to Ofgem every year or pay the buy-out price, which is returnable once Ofgem verifies that the supplier has fulfilled their obligation with ROC according to the ROCs they had presented.

Contact our team at Hydro Maintain to learn more about Ofgem Compliance by calling us on 0330 1331 555 or send an email to enquiries@HydroMaintain.com.